The Pork Quality Assurance Program (PQA) is a producer education program designed to enhance the quality and safety of pork products sold to the world’s consumer. By emphasizing sound management practices and maintaining accurate records, a strong veterinarian / producer relationship and a quality assurance checklist, U.S. producers are demonstrating their commitment to producing the safest, highest quality meat products possible. Starting in 1998, many packers will only buy hogs from farms that have achieved level III certification.

U.S. pork producers recognize their obligation to build and maintain the trust of customers and the public in their products. To achieve this, producers:

Their primary goal is to provide an abundant, safe, and wholesome food supply to consumers, as outlined in the industry’s We Care initiative.

Modern production systems and practices are designed to help accomplish that goal, together with Pork Checkoff programs, such as Pork Quality Assurance® Plus.  Modern production practices have virtually eliminated some former common causes of human foodborne illness. Pathogens, such as Trichinella spiralis, formerly one of the most prominent pathogens, have largely disappeared with the movement of pigs to indoor production.

The changing face of the industry has led some to believe that modern and large pork producers contribute to foodborne illness more than the traditional operations of the past. However, recent studies (2008) have shown that exposure to Salmonella, Toxoplasma and Trichinella in pigs raised outdoors and in antibiotic-free systems were higher than in pigs raised in indoor production systems.

Additionally, according to the USDA (2006), bacterial contamination of pork carcasses in packing plants is consistently lowest in large packing plants, which, due to the large volume of production, are most likely to acquire animals from large producers.

One example of a market requirement is the establishment of maximum residue limits (MRLs) of chemicals, including animal health products in pork. The Pork Checkoff, working with the American Association of Swine Veterinarians and animal health companies has compiled a list of animal health products and their withdrawal times to serve as a guideline for pork producers and veterinarians when administering medications to animals that will enter the food supply. 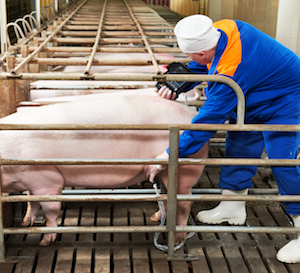 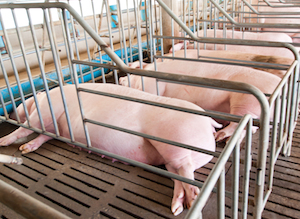 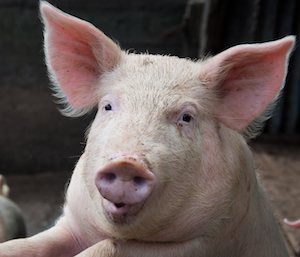 Discover where to buy US pork in your country.